Many thanks to the hardworking OP’s of DQ60ANT. 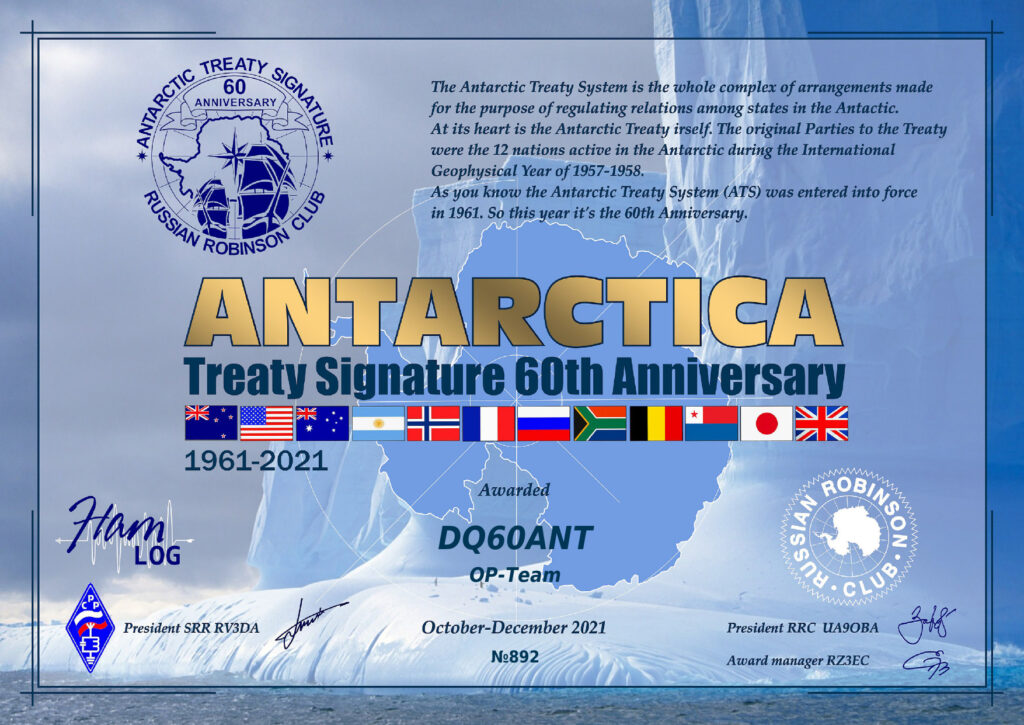 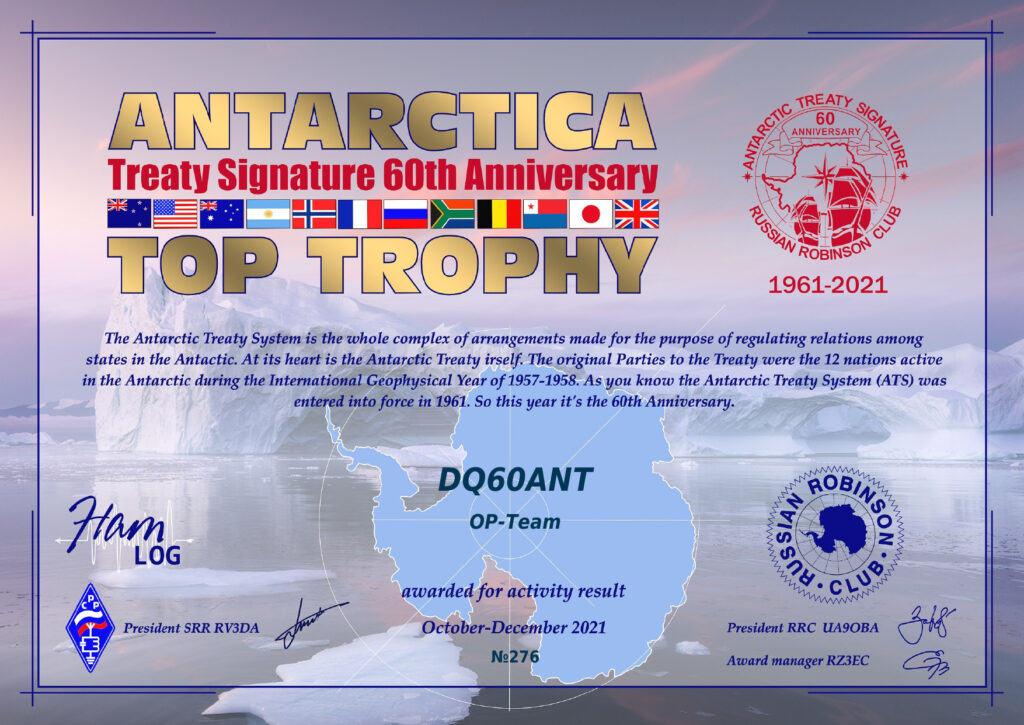 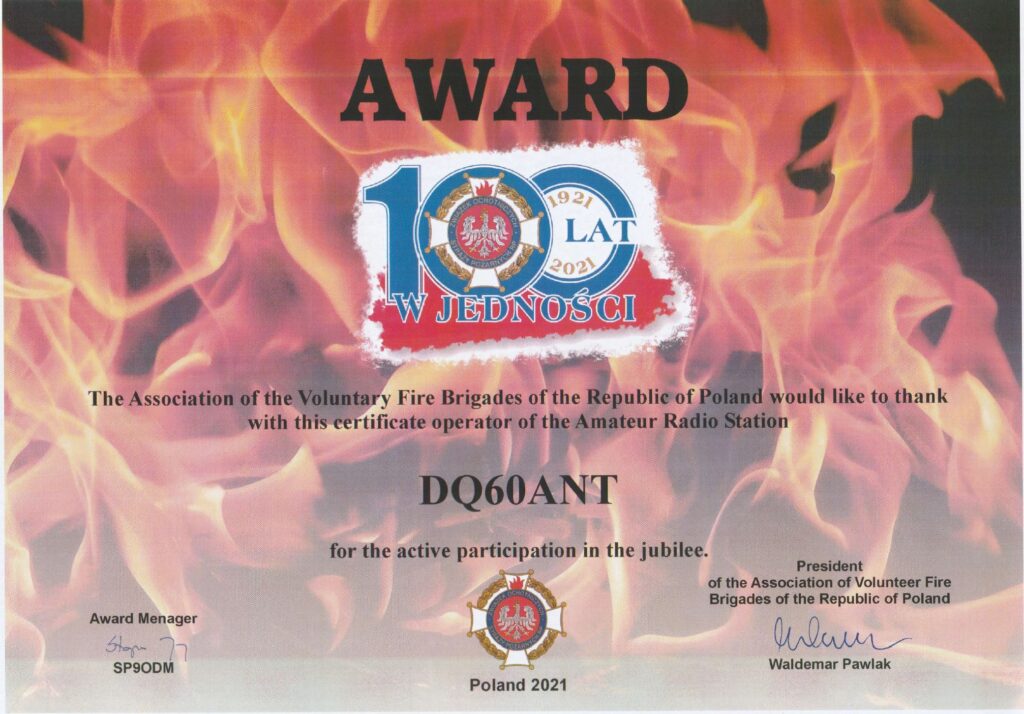 What do merchant ships have to do with Antarctic research?

To find out, you have to go back in history a bit, to the times without Internet and without satellite telephone. The GDR’s Antarctic research station at the time was established in 1976 in Schirmacher Oasis and was called the Base Laboratory near Novolasarevskaya. The station did not yet have its own radio equipment and message exchange and logistic support ran via the neighboring (about 3 km) Russian station Novolasarevskaya.

In the 1987/1988 Antarctic summer season, the station was officially inaugurated as an independent GDR station with the name Georg Forster and thus also received its own radio system KSG-1300 (Funkwerk Köpenick), which was given the callsign Y3G for the commercial land service and Y3ZA for the maritime service. The Georg Forster station thus had the status of a ship between 1988 and 1992. From 1992 to 1996, the station was gradually dismantled and completely disposed of.

At that time, about 200 merchant ships of the then DSR (German Maritime Shipping Company) were sailing the world’s oceans, some even halfway between Germany and Antarctica. When shortwave propagation conditions did not allow a direct connection from Antarctica to Europe, these ships acted as relay stations for transmitting ship press, telegrams or telexes.

A trained radio operator also had to be on site at the research station. Often these were radio officers from the merchant marine. They were used to difficult propagation conditions on short wave. Smaller repairs could also be done by themselves. To order an electronics engineer for repair – impossible in Antarctica.

Radio amateurs were also active in this task. They fulfilled some basic requirements for this job. The missing knowledge was acquired in preparations lasting several weeks. This included, among other things, the acquisition of the marine radio certificate,
Medical preparation, first aid, surgery assistance, technical courses to train on commercial radio equipment, driving training on tracked vehicles, glacier training in the Alps and teambuilding sessions.

Even though the museum ship on display in Rostock’s IGA Park was not directly involved in Antarctic communications (decommissioned in 1969), it shows some of the technology used at the time. This ship has another special feature. On board was a second freshly trained radio officer. After training at the maritime school, practical experience could be gained under the eyes of an experienced radio officer.

Until the end of the event, the historic radio station on the traditional ship will be in operation every Thursday from 10:30 to 17:30. Visitors on site can get information and experience the practical radio operation of DQ60ANT. 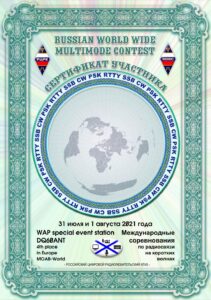 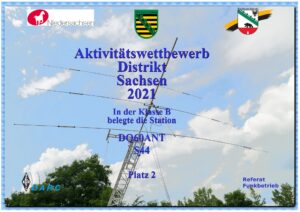 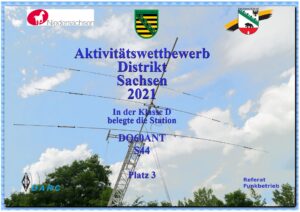 HA60ANT (WAP-320) has been active since 01.10.2021. The station also count for the 60ANT award. All QSO’s are regularly uploaded to the website and are automatically present in the diploma application.